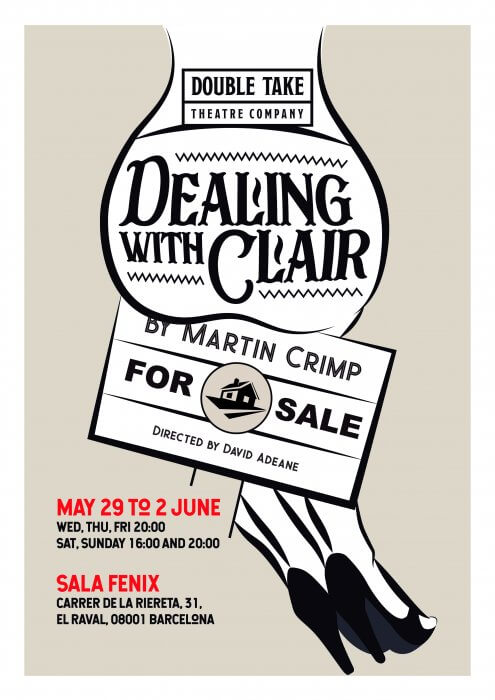 Selling houses. It’s not forever. Who knows what I’ll do? Maybe make a killing and just… disappear. That’s right. Vanish.

Martin Crimp’s Dealing with Clair, opened in 1988 on the back of the well-documented disappearance of Suzy Lamplugh, a West London estate agent who disappeared after meeting, a mysterious client in her diary called ‘Mr Kipper’.

Mike and Liz, our “honourable” vendors who are eager to sell their 3-slash-4-bed-with-garden. They have a baby but would much rather their “poor” nanny, Anna deal with it. James, a mysterious cash buyer, apparently willing to meet – and exceed – the asking price and whose real intentions are far from clear. Clair – caught in the middle, the placating, accommodating estate agent. She is ogled at, mocked, and the object of the male voyeuristic gaze. And lastly Ashley, the builder, the only heart warming character, who points out where the real cracks (both structural and human) are.

Crimp has a knack for language that is both complex and subtly clear; the repetitions resound around the room, as characters side-step the obvious questions of money, greed and exploitation. This is a satirical foray into the housing market, highlighting how little we have learned since the housing boom (and subsequent crash) of the ‘80s; the greed of the aspiring middle classes; and the rivulet of disdain for ‘the help’. This is a play centred on privilege, taking without need and turning everything to one’s advantage.